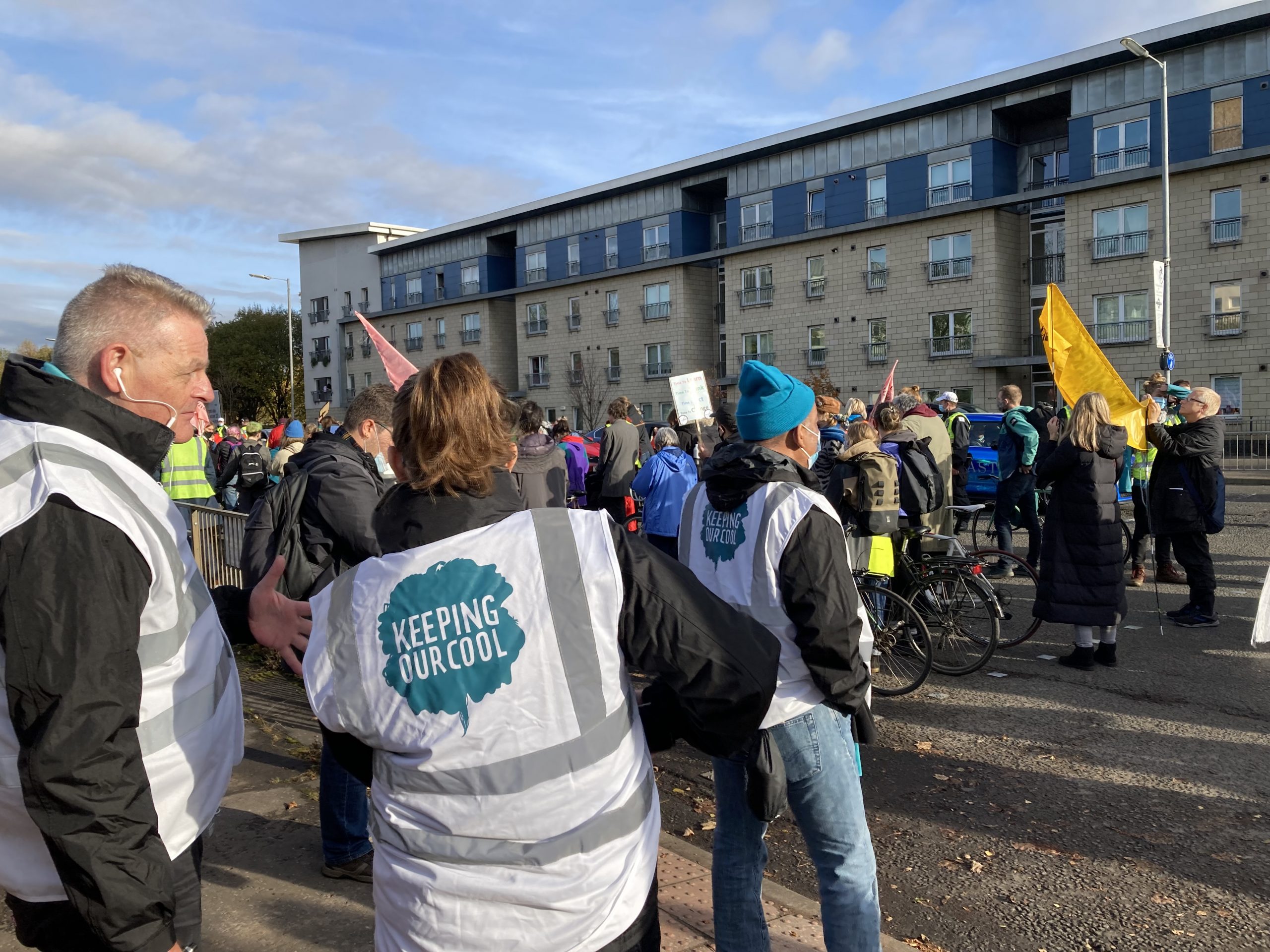 What’s going on at demonstrations? Are the dynamics of conflict becoming sharper at the moment? What are protestors’ objectives?  What are the police’s intentions? Who else is affected – and what do they want?

And – can mediation play a helpful role at protest and demonstrations?

These were some of the key questions which were explored in Centre for Good Relations’ recent series of three online discussion and skill-sharing sessions.

CfGR colleagues shared information on the Keeping Our Cool initiative which they ran in partnership with others at last November’s COP26 conference in Glasgow.

The informal sessions attracted mediators from Scotland, England and Canada; police officers who are directly involved in operations at protests and demonstrations; and people with an activist background and commitments.

All the sessions focussed on questions about how the craft and disciplines of mediation can be applied in the context of live demonstrations. We considered a range of challenging scenarios which can come up, such as questions about the independence of mediators, what should be done if mediators became aware of an intention by protestors to take direct action which might damage property, and the ways in which it is appropriate to discuss how operational policing tactics can affect conflict, group dynamics and community safety at protests.

CfGR were clear that mediation – as in all its forms – is only appropriate and useful if all the relevant parties want to take part in it. If protestors or the police are intent on particular courses of action in order to promote their own purposes and ‘agenda’, it is not for mediators to get in the way of that. At the same time, our experience at COP26 and in other situations has been that there are times when the availability of independent mediators can help address problems that neither ‘side’ want to see escalate.

This was the first time that CfGR had run online discussions which were open to anyone and everyone to sign up to, in this case through Eventbrite. We’ve learned some lessons about how to organise such sessions in future, and we’re likely to set up other short online skill-sharing events in future. If you would like to find out about these, follow us on twitter @CivicMediators and / or email mike@centreforgoodrelations.com